One of the leading resorts in the Alps and indeed the world, Les Arcs was created at an all new location above the town of Bourg St Maurice in the late 1960s and was immediately a huge success, building a reputation as one of the cooler resorts in the new wave of Alpine development of the time – a reputation it maintains to this day.

Following the successful French model of maximum convenience in ski resort design, and affordable apartments, Les Arcs was an immediate hit with French and international tourists and again retains its pan-European appeal to this day. There are three original resort bases, which have been given different names over the years but approximately equate to their altitudes – 1600 (the quieter, family-oriented one), 1800 (the main resort for all) and 2000 (the sporty one).

Three events in the past decade or so have helped keep Les Arcs at the forefront of ski area development in France and Europe.

First of all the great North American resort building success story of the 1990s, Intrawest, chose to build their first resort in the Alps at Les Arcs – Arc 1950 – Le Village. Although no longer Intrawest run it maintains the high design standards and other upmarket assets including spa access from every apartment complex.

Secondly the remarkable Vanoise Express double decker cable car completed a 30 year dream to connect the resort across the Tarentaise Valley to its neighbour, La Plagne, creating ‘Paradiski’ one of the world’s three largest ski areas.

Third and finally, high speed rail improvements to the north mean that Les Arcs is the only ski resort which pedestrians can directly access from London. Board the Eurostar at Pancras or at Ashford to the south and direct services take you to Bourg St Maurice from where a funicular railway takes you up to the resort. 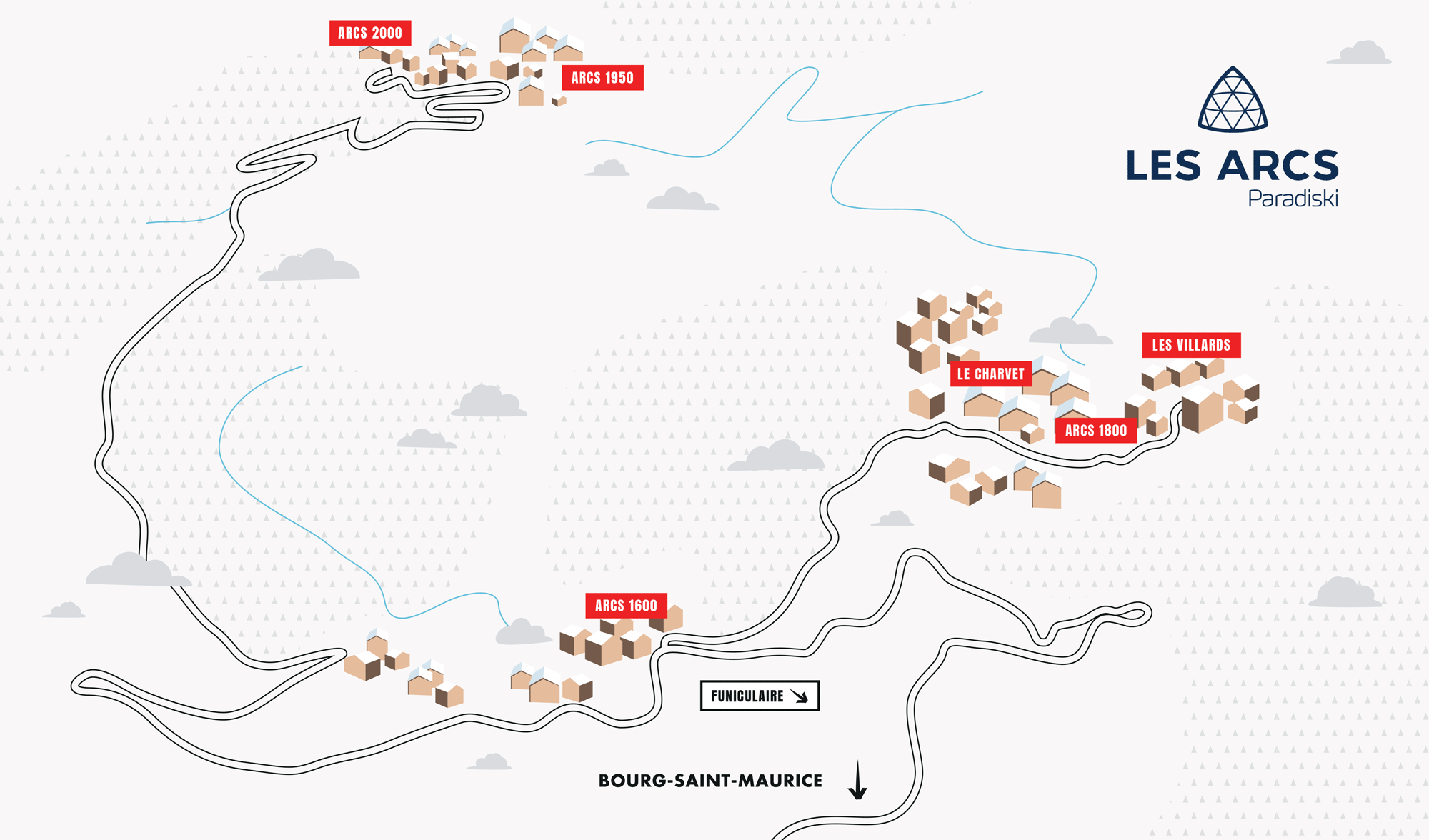